A focus on the art of Lee Alban.

Lee Alban was taking photographs when the steam train conductor approached, and said, “You should have been here last month, Pete Lerro had a photo shoot.” Alban replied, “Who is Pete Lerro and what’s a photo shoot?” That short conversation changed everything.

Alban signed up for the next opportunity to photograph steam trains and began painting scenes of trains, vintage automobiles and actors dressed in period costumes. There were night and daytime locales, bridge crossings, intersections, workshop locations, railroad stations and yards, old trucks, Amish wagons and people in costumes. 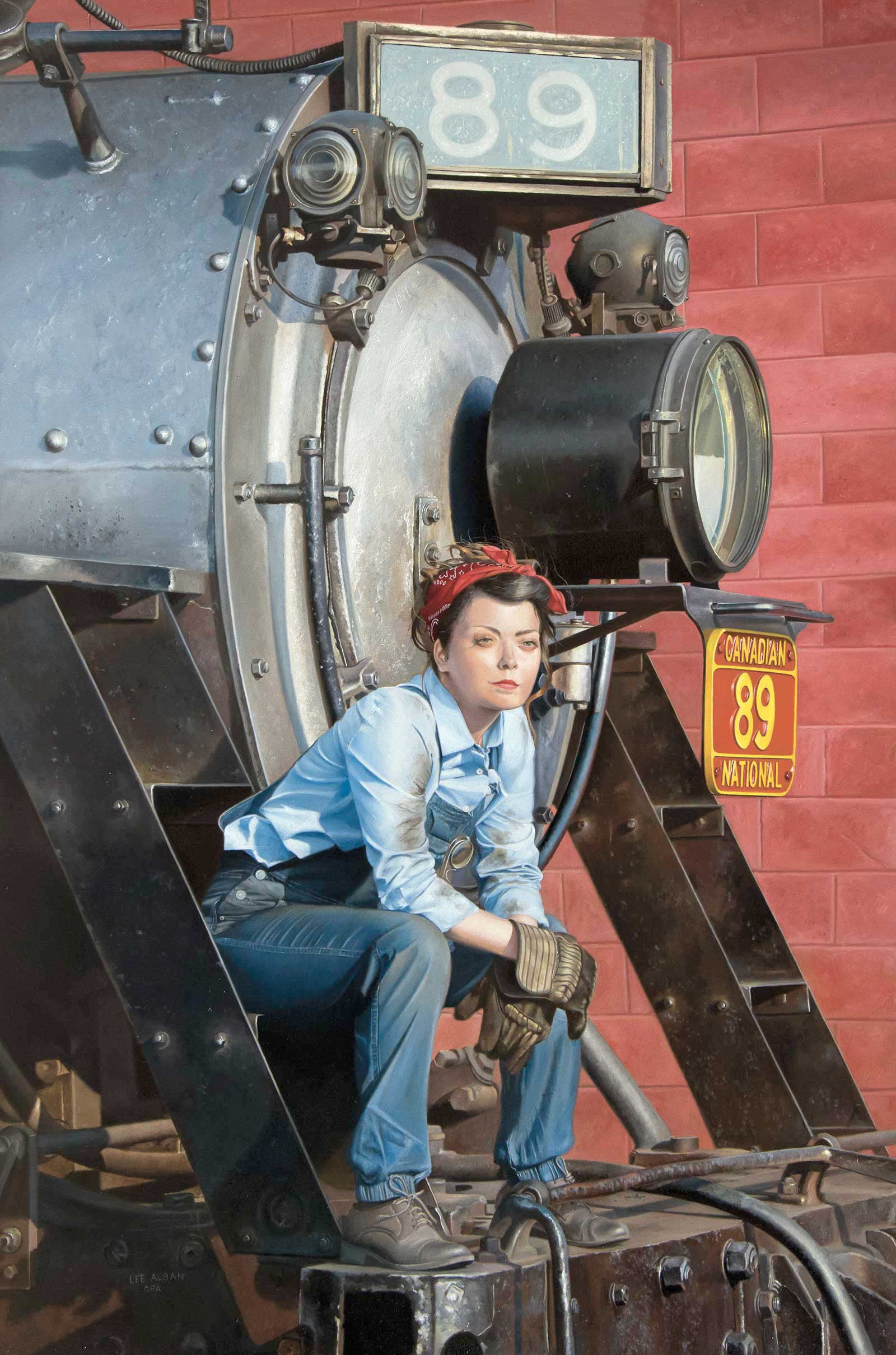 Sitting This One Out, oil, 36 x 24"One day he received a call from Lerro, who said, “I’m putting together a photoshoot that might interest you.” He was asking women railroad workers and reenactors to dress in Rosie the Riveter style clothing and to bring props of World War II vintage. Alban became as much of a portrait and figure painter as a painter of steam trains, and created a new series he called Silk and Steel. 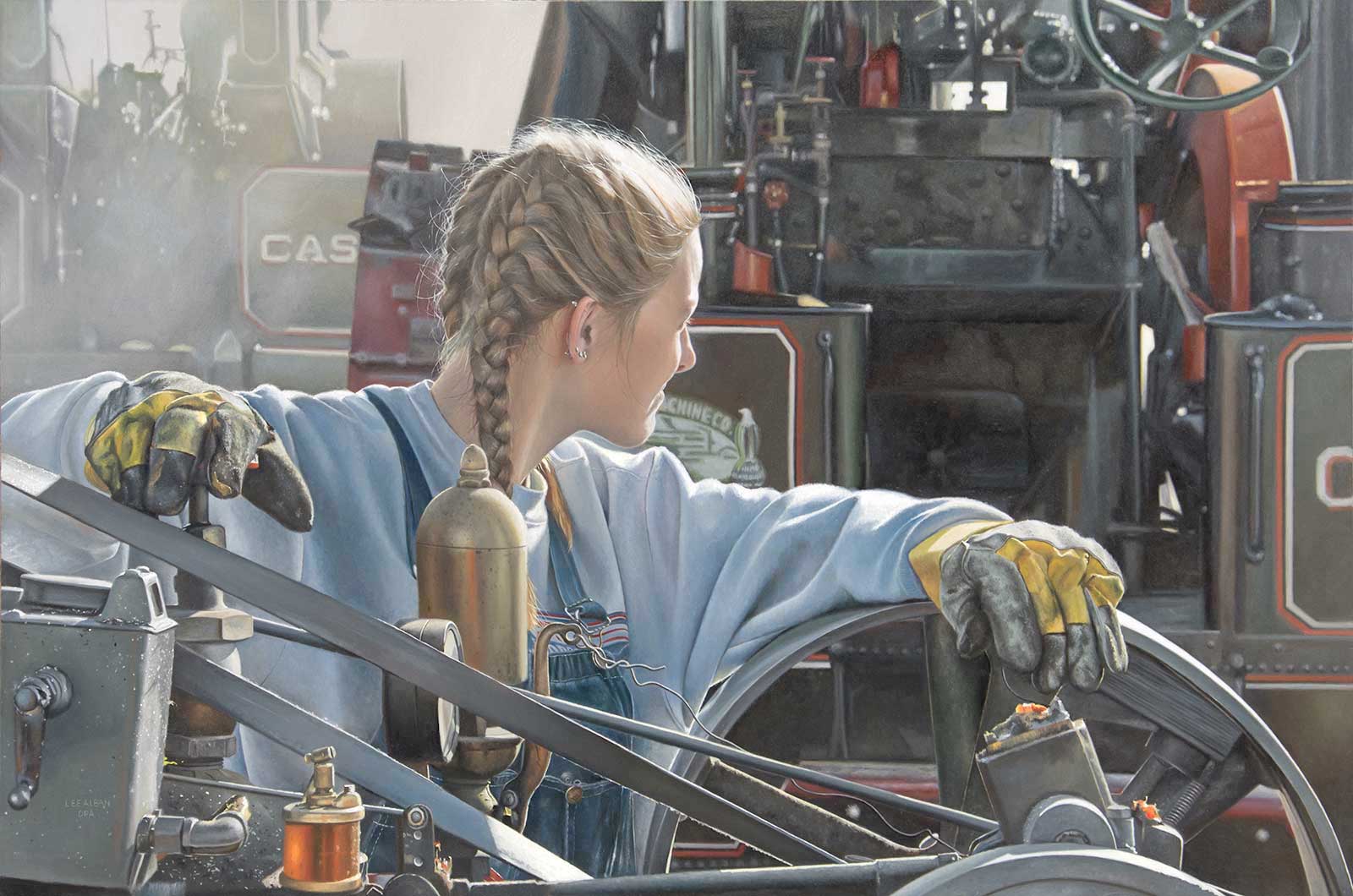 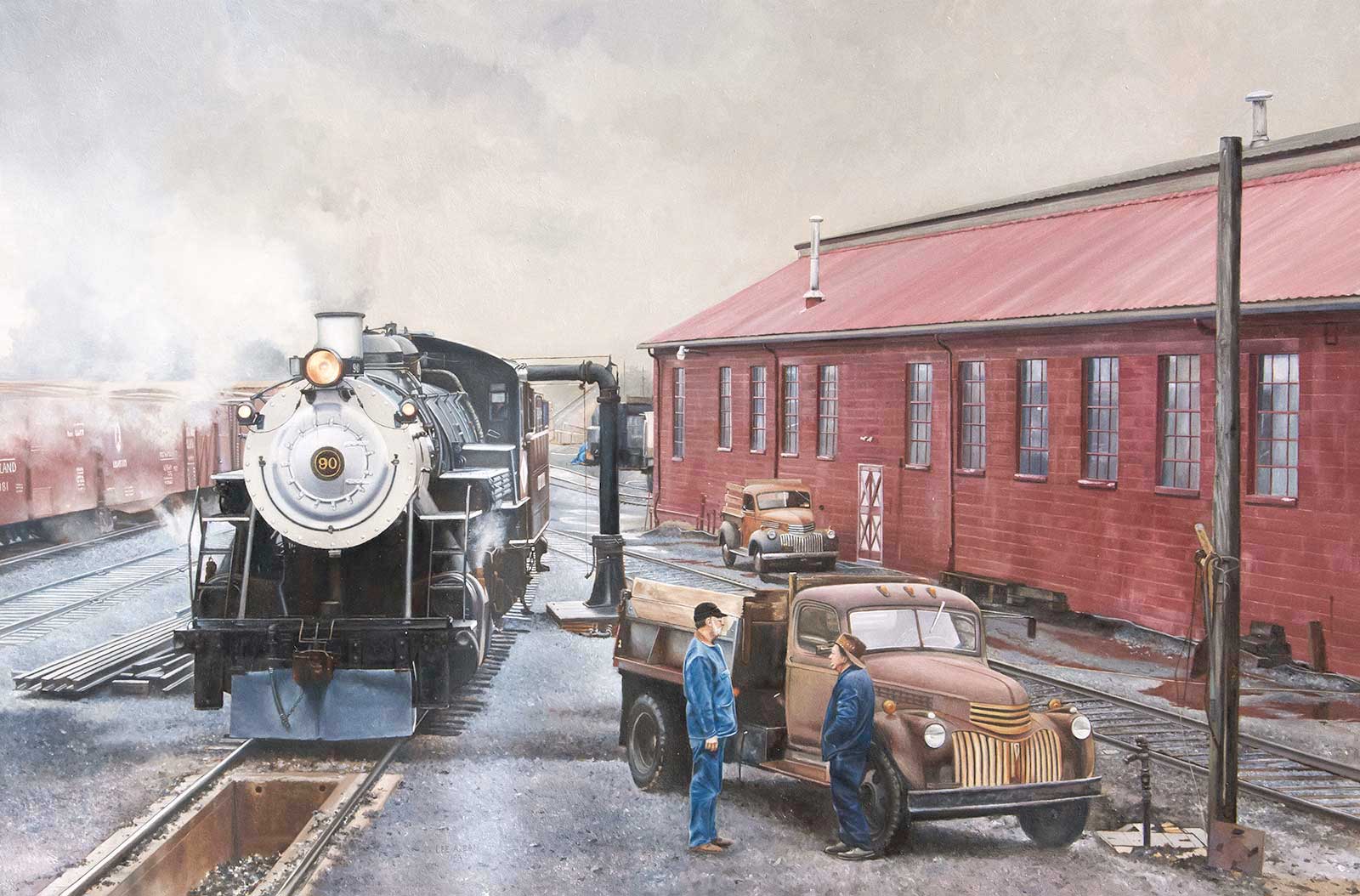 As his work garnered more attention, Alban learned of another group of women who worked with steam engines, and not only did they have chapters in the U.S., but also in other countries. They restored and operated steam tractors and other steam farm equipment and they called themselves “The Ladies of Steam.” The passion and dedication of these women continue to provide inspiration for new paintings.

His work now includes the Ladies of Steam, the West, Native Americans, early oil exploration, diners and other stories. —

Cabin in the Woods Back in the Woods Invitation to Spring Sunny Morning (The Mansion Inn) Fizz Outcast Making Waves Past Their Prime Through Lifting Fog Orca! Narwhal Pod Whale Tail
Click on individual art galleries below.