Primarily a narrative figurative artist, L.HUNT uses acrylics and colored pencils to communicate ideas. “Where do ideas come from?” the artist asks. “Many places. Some ideas come from accidents. How can an idea come from an accident?”

Two of L.HUNT’s recent works are based on random designs from paint strokes that got on his art table while he was painting. “I recognized something in the designs that triggered ideas for other paintings,” he says. “Each new work emerged from what might be described as a ‘Painter’s Phoenix.’” 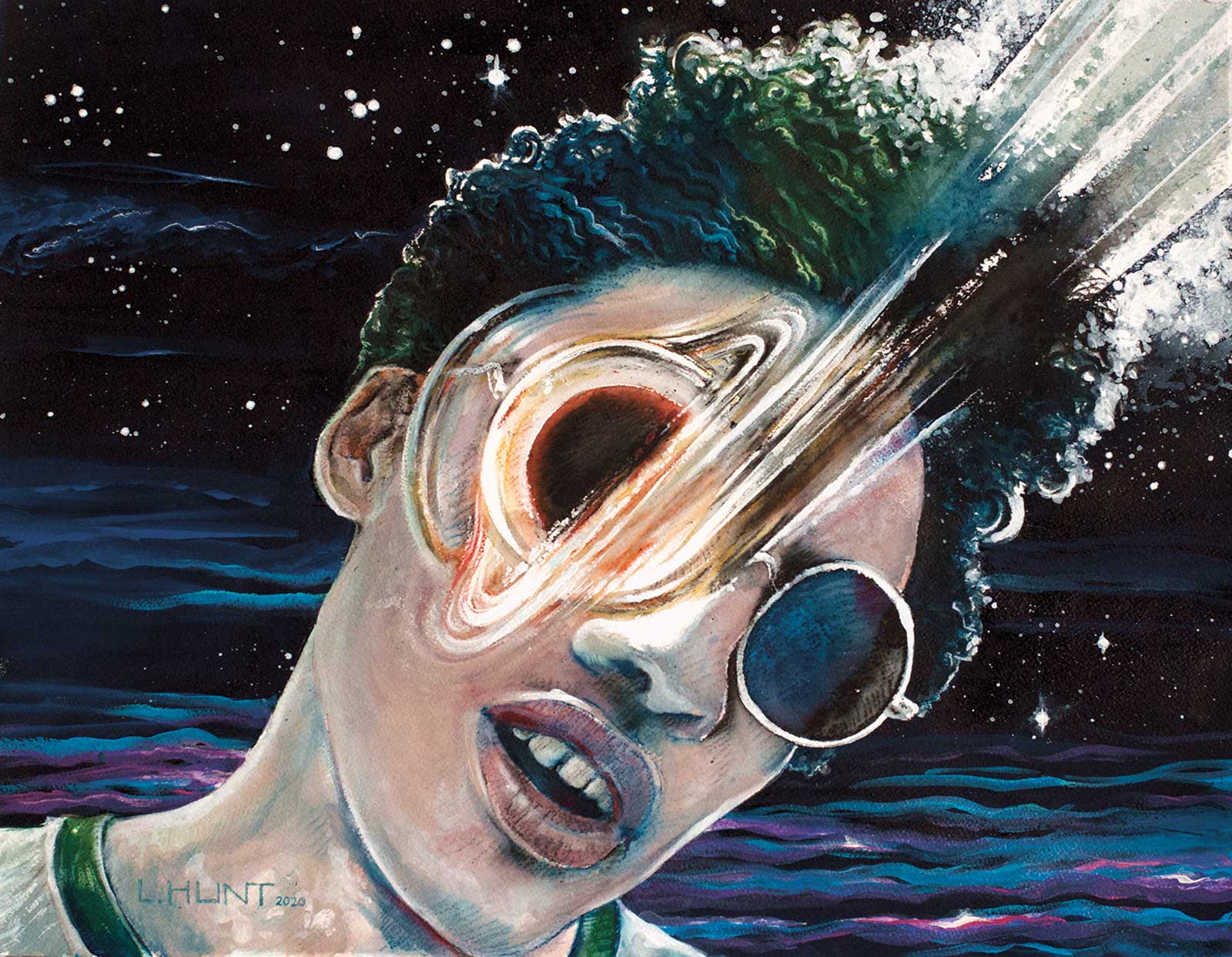 Into the Whirlpool, Where Matter Vanishes, acrylic and colored pencil, 14 x 18"

One discarded stroke became a treelike vehicle landing on a restless ocean. It is now a painting titled Landing. Another random stroke became a disintegrating dove with an olive branch in its beak, representing how fleeting global peace is in the world. This painting became Transitory.

“I work in a variety of mediums,” he says, “and my approach is that each idea begs for its own style and medium. What I choose will contribute to the impact of the idea.” 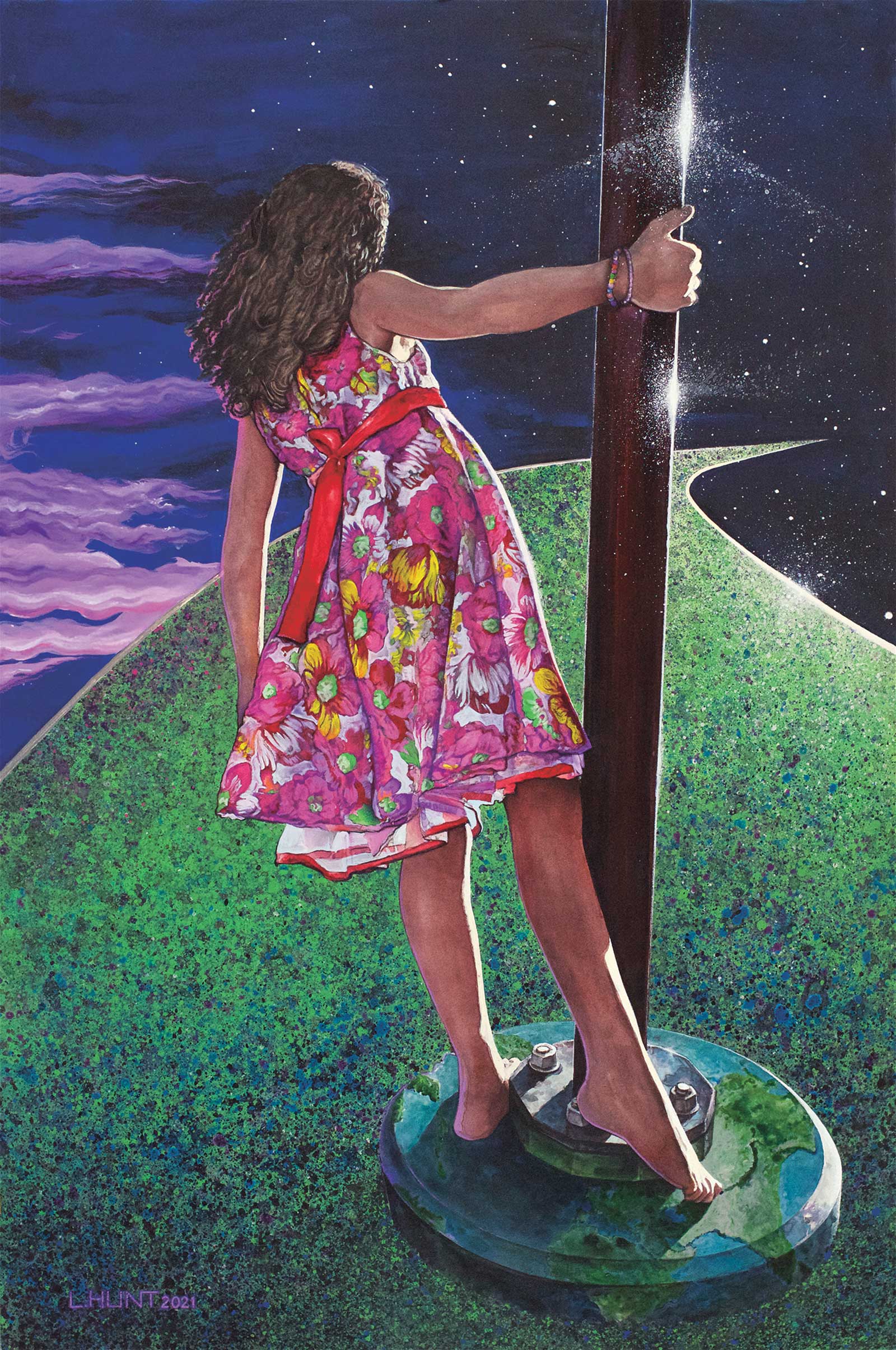 Endless, acrylic and colored pencil, 30 x 20"L.HUNT says, “Art is human, ideas are great, man must create. Art is fine, art can be treasured, art has a place in human society. However, the importance of art should be understood realistically. If people are to change for the better, it will not be through art. It will need to be through other means.”

L.HUNT will host his solo show AMALGAMATION, opening April 23 from 2 to 4 p.m, at his gallery in California. —