A focus on the artwork of Peregrine O’Gormley

Described as “third-generation Northwest School,” Peregrine O’Gormley’s work relates to elements of human experience and impact depicted through living forms. The work engages the timeless imagery of natural forms by articulating a fusion between the natural world and the human. 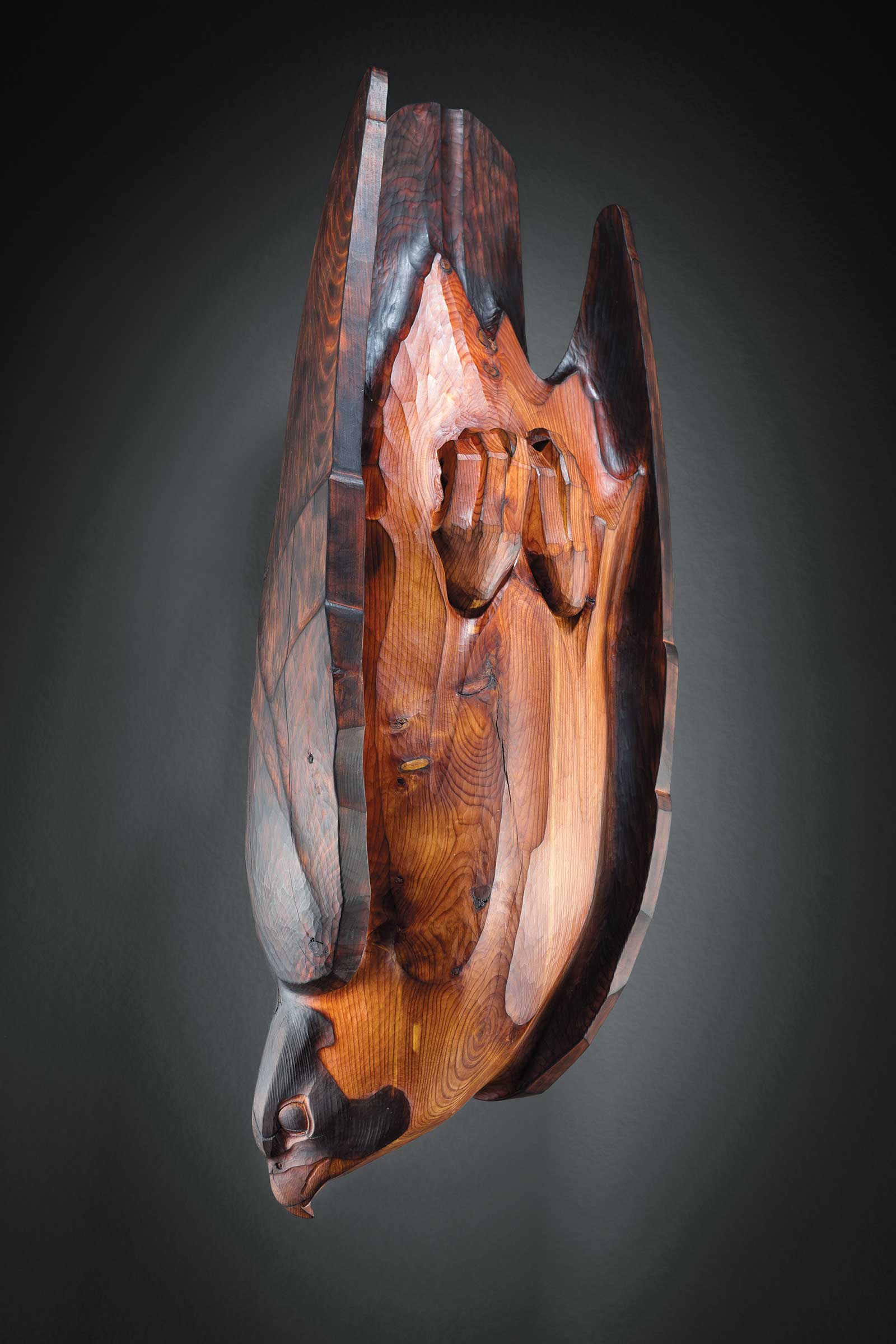 “The inspiration for Angelorum is quite personal,” O’Gormley says. “This is a vision of the desire for our loved ones to be caught as they fall—an angel’s flight—faster than falling, faster than terminal velocity, 200 mph (peregrine falcons in full stoop can reach speeds of up to 242 mph). I hesitate to use the term angel’s flight, as I subscribe to no doctrine, however, the spirituality surrounding death has become visceral for me in the wake of my father’s passing.” 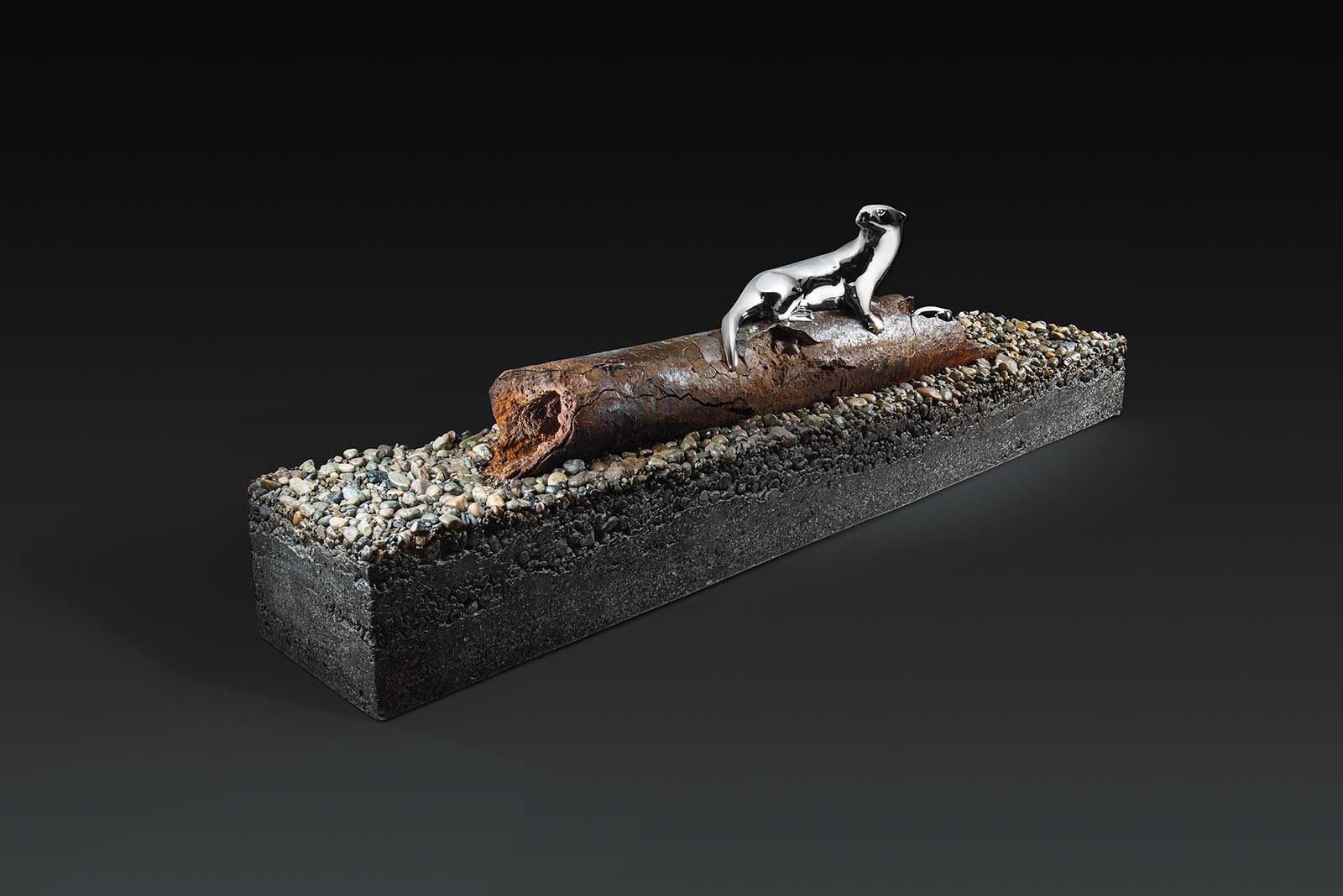 The imagery of Blood Hungry and the Other Very Small Voice, a wolf in tandem with the wing imprint and single feather left by a chickadee in the snow, describes the intensity of emotion elicited by severe injustice, coupled with the opportunity to respond with integrity. “The immediate and powerful urge to respond with ferocity, joined with the tiny but clear voice, which speaks of responding with integrity, empathy, kindness, quiet strength and clarity,” O’Gormley says. “The feather left in the snow is carved from a Minnesota moss agate found by my father in his youth. For me, the feather embodies the treasure of heart (that strength embedded in our souls by those who love us unconditionally). At the core of this most precious of gifts is an inner strength and ability to allow that tiny voice to be heard—over and above the din of all others.” 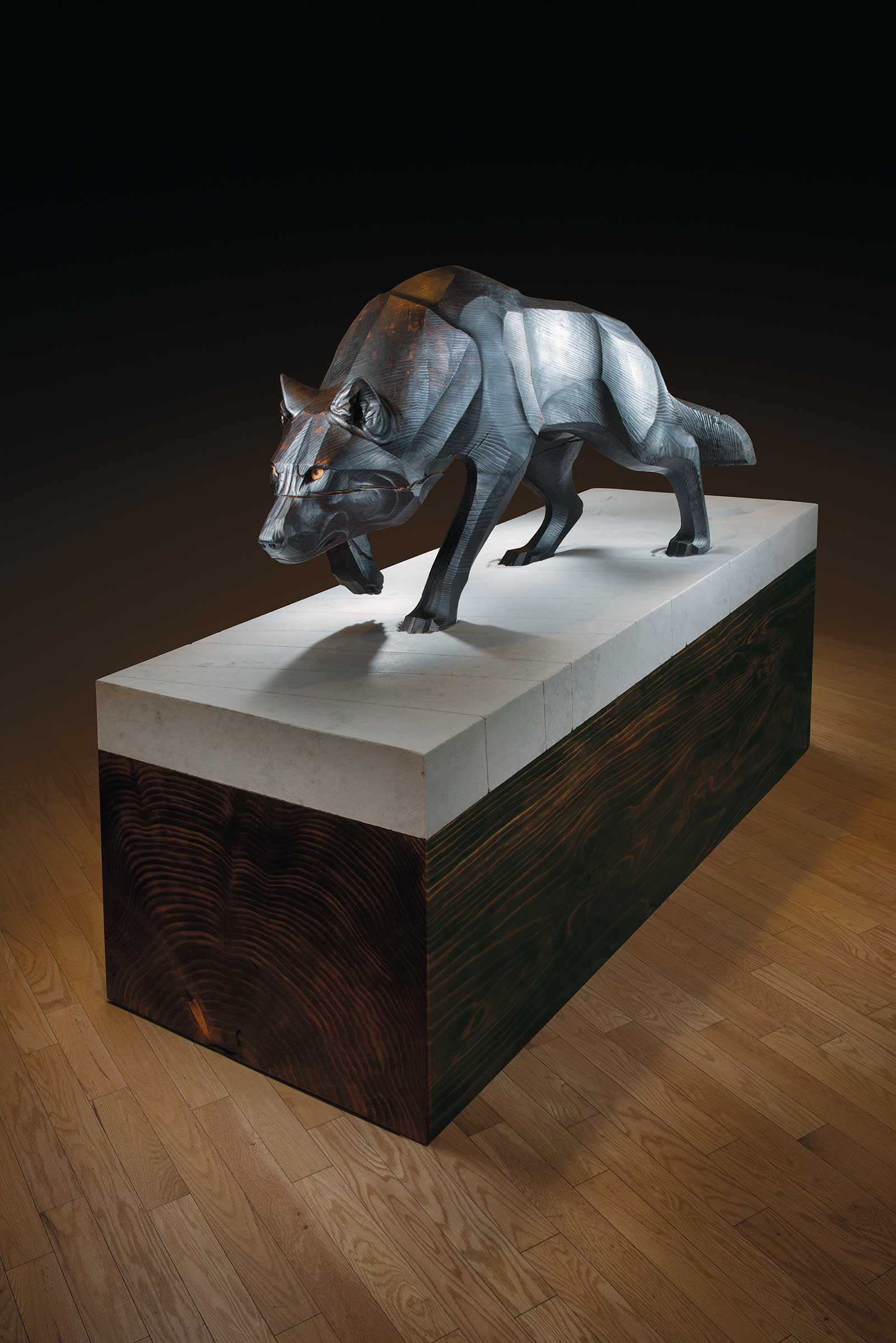 O’Gormley’s piece Flush depicts a vision of the future, the stainless forms in contrast to the crumbling iron infrastructure.

Find more of his work at current and upcoming juried and invitational exhibitions such as the Retrospective and Sale 2021 at the Woolaroc Museum in Bartlesville, Oklahoma; Birds in Art at the Leigh Yawkey Woodson Art Museum in Wausau, Wisconsin; Western Visions  at the National Museum of Wildlife Art in Jackson, Wyoming; and the National Sculpture Society 88th Annual Awards Exhibition at Brookgreen Gardens in South Carolina. —