A focus on the artwork of Carrie Pearce

Although Carrie Pearce’s paintings are classical in technique and style, the artist strives to transcend the traditional and move into the realm of the otherworldly. “I want to take you to a place you have never seen before, like the first time you saw Willy Wonka or The Wizard of Oz,” she says. 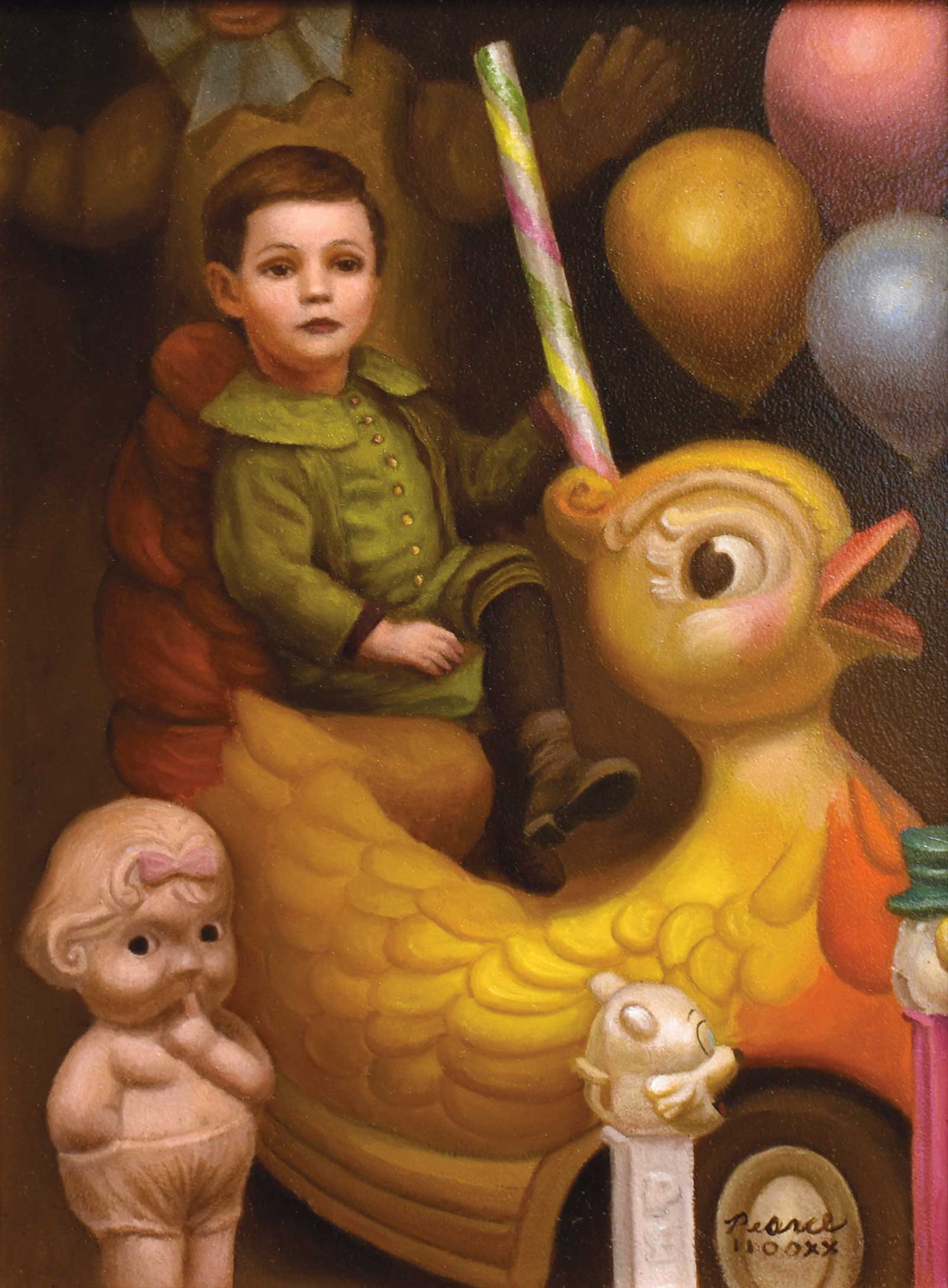 She is inspired by curiosity and a sense of wonder about the unknown, drawing her toward painting subjects from the haunting photos of the turn of the 19th century—photos that have been abandoned by family because they don’t know who is pictured. Pearce explains, “This is precisely why I want them. I don’t like to paint people I know, and I prefer to paint children. They lend themselves to creativity. Childhood is our foundation, and mine was rich with disaster, unusual circumstances, the unknown, distortions of reality and curiosity.” 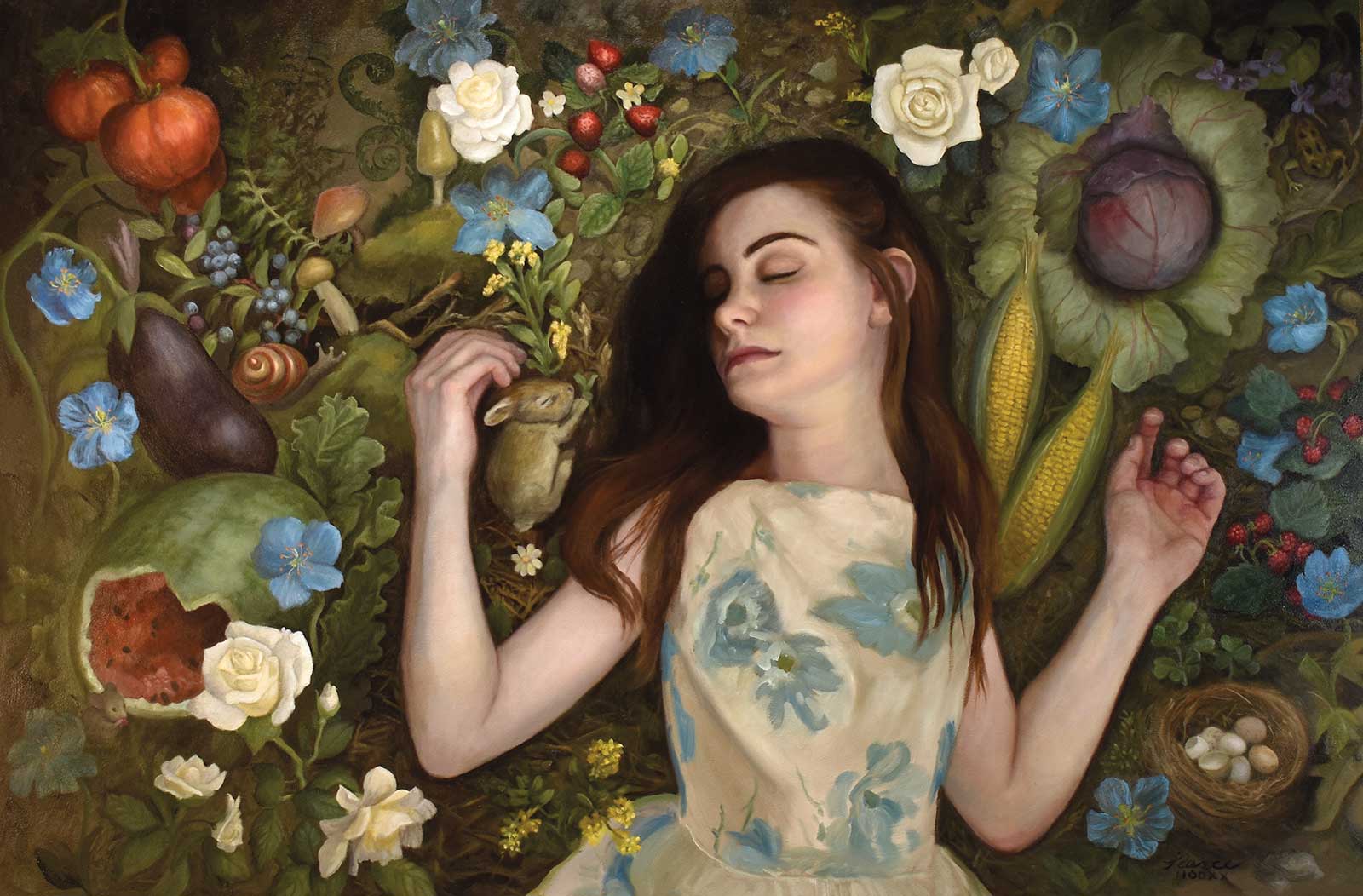 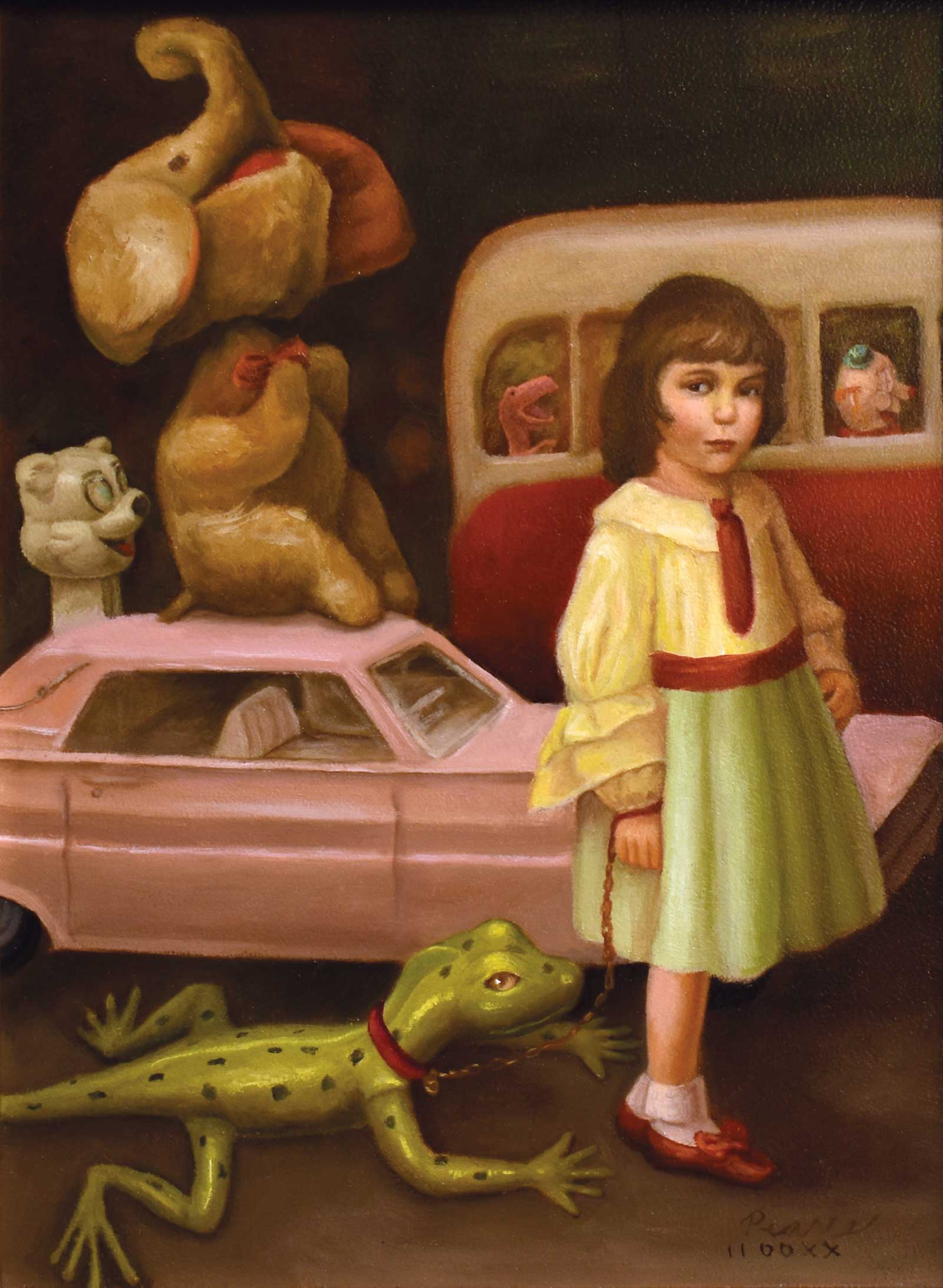 Pearce is starting a new series about “The American Dream” and all the “non-essentials.” The first painting of the series, titled The American Dream, is of a girl wearing a dress with blue poppies, surrounded by fruits, vegetables and a few small animals. “Like Dorothy in The Wizard of Oz, she has been forced to sleep by the poppies. The plants and animals symbolize her life-dream, which is at her fingertips, but she can only see with her eyes closed,” says Pearce.

The artist also writes poems that accompany her works. These poems can be found on her website alongside her artwork. —