Originally from Aspen, Colorado, artist Anton Uhl has settled in Boston after living in 12 cities including New York, Paris and Los Angeles. He says, “I love Boston and its people, and I am thriving in my artist’s loft in the beautiful South End. I am grateful to be raising my two children in this intelligent and tolerant city.” Previously, Uhl worked as an international set designer for opera, television and film before shifting to art full time when the demand for his private art commissions became too great. 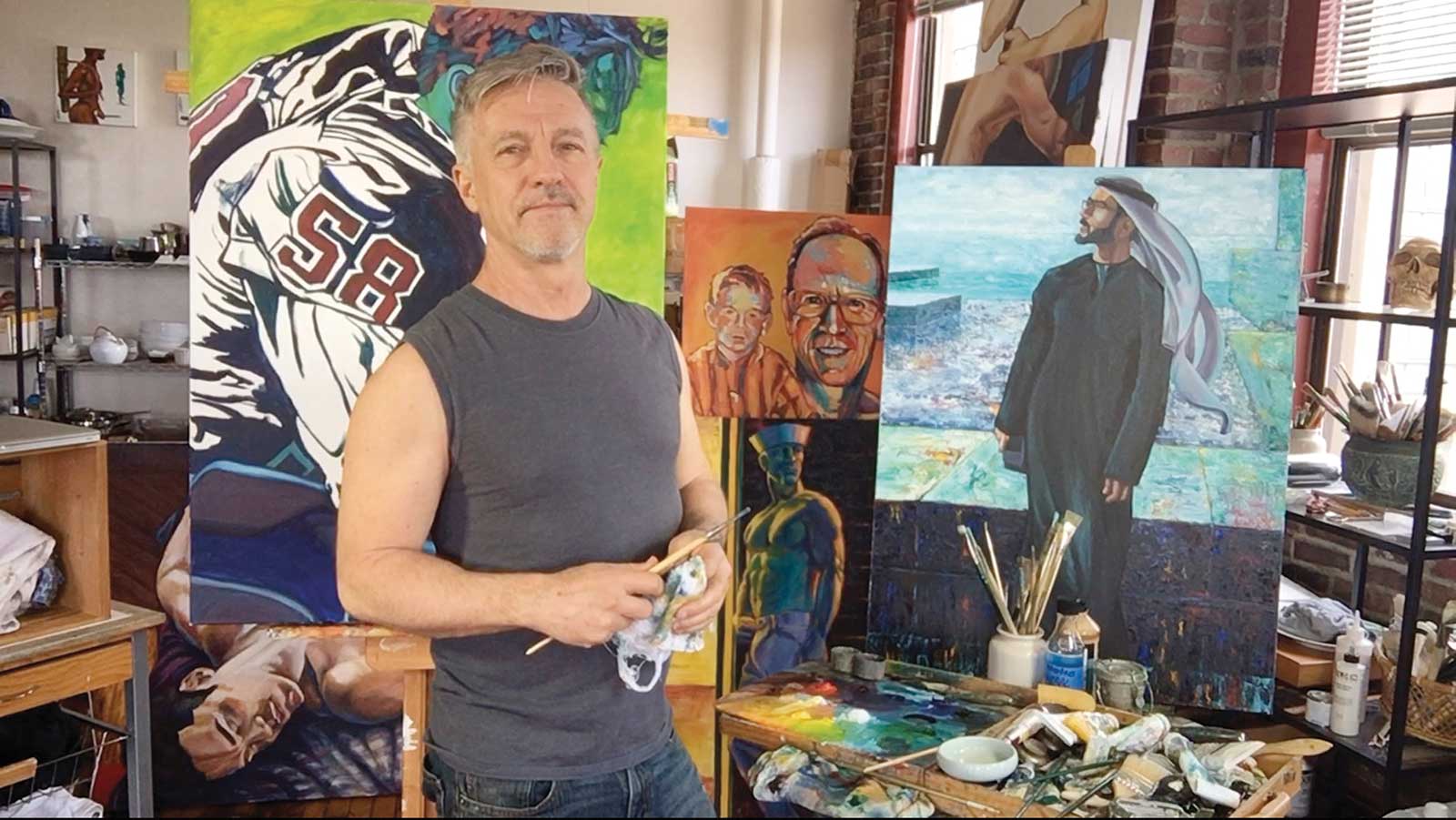 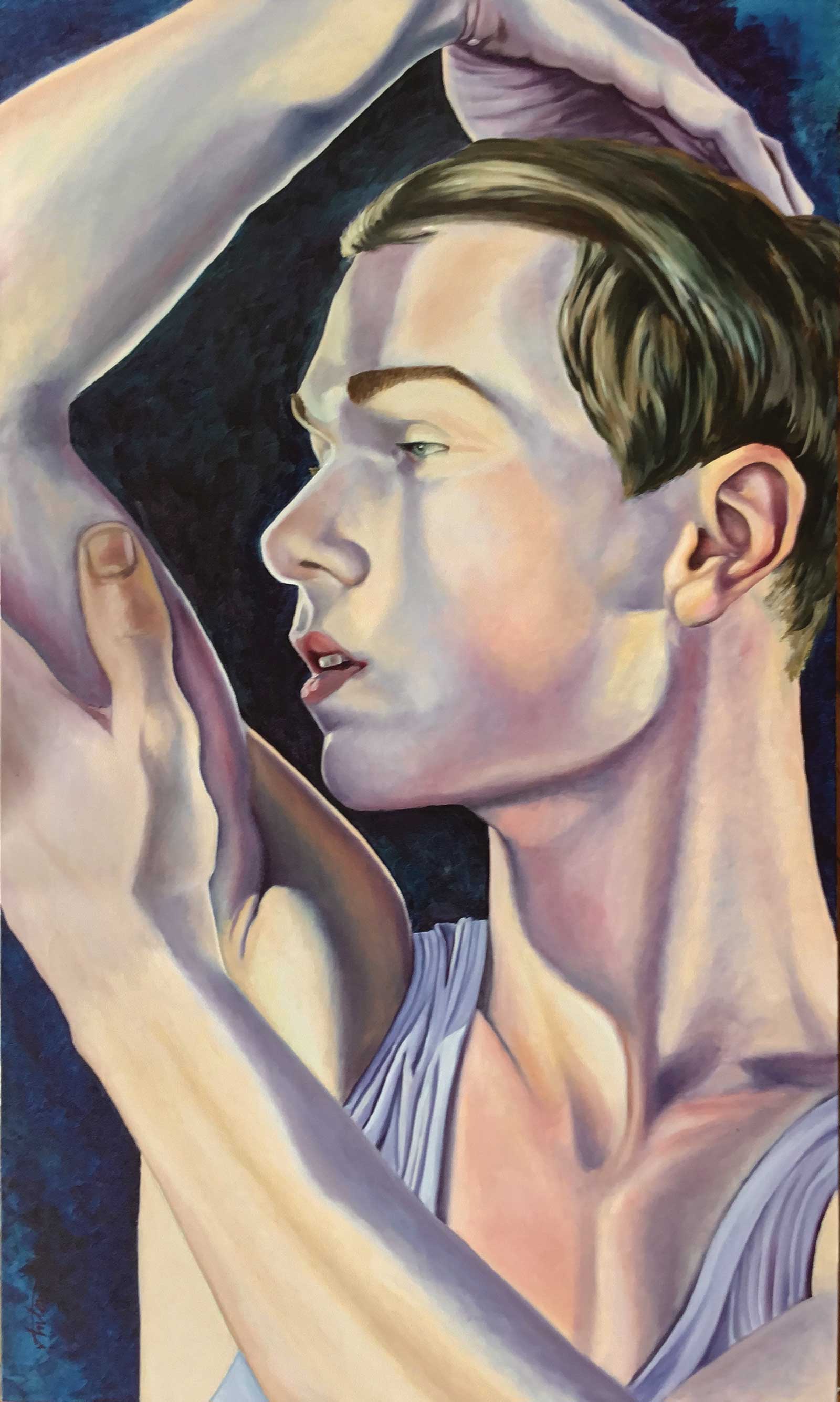 Uhl’s current body of work focuses on male nudes and portraits. “I want to celebrate the beauty of the male form at all ages. While many artists simply portray the male nude as a classic subject, my goal is to encourage other men to recognize and appreciate their own inherent beauty and self-worth as they age,” he says. “I have always been an openly gay man. Most of my current clients are gay men and couples. My paintings are intended to be sensual and provocative without being offensive. In a society that is still struggling with tolerance, I want to make a statement about the importance of the freedom to choose whom we love.” 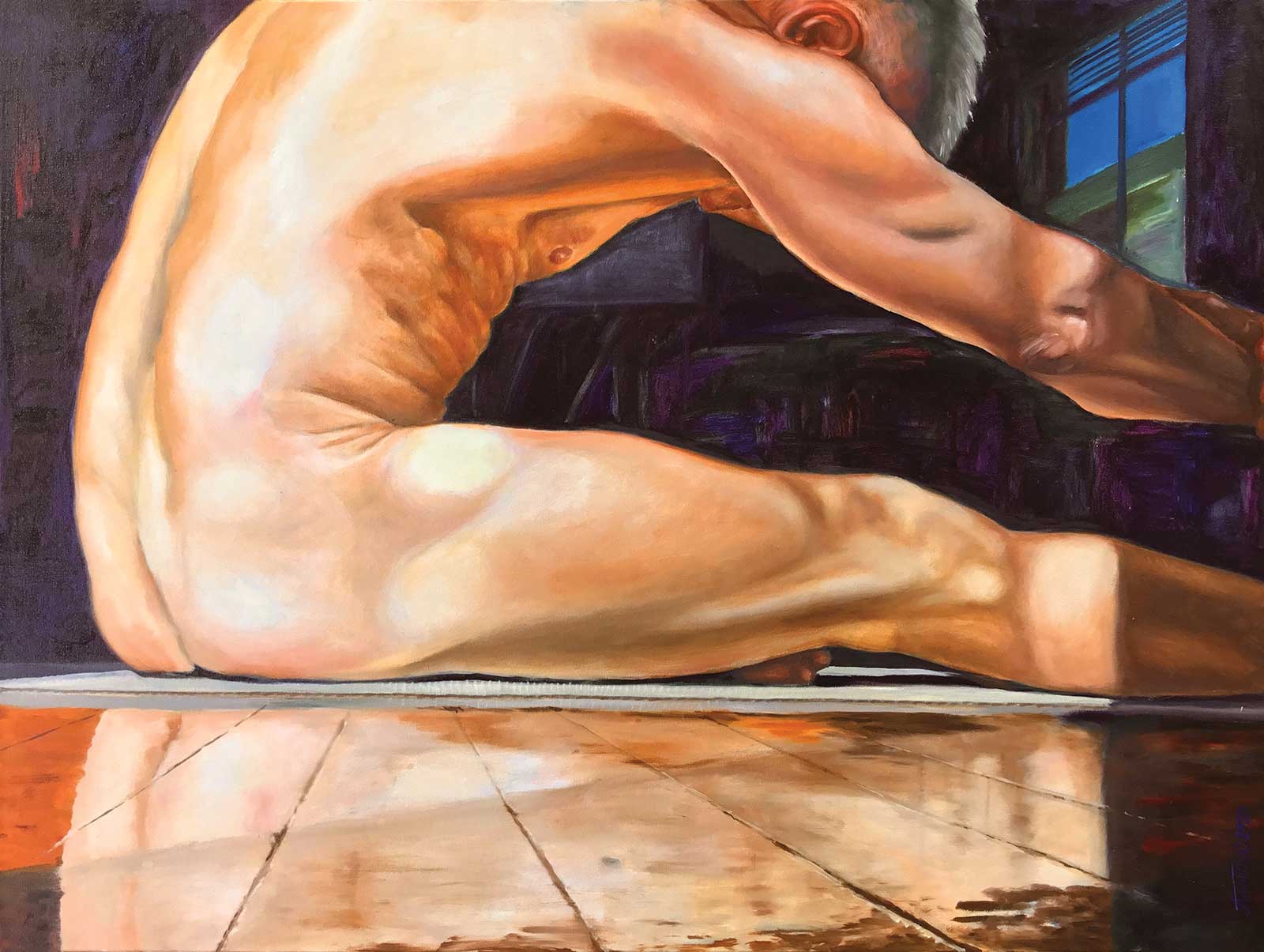 The artist’s medium of choice is oil on canvas or board. And as he grows older, Uhl says he is far more excited by greater abstractions of color and form than mere literal depictions of his subjects. His next exhibition will take place at Piano Craft Gallery from July 28 to August 2. —

Untitled, 2019 I Don't Owe You Anything, 2019 More Than A Woman Keys of Life Rhythm Mike Stephen But a Dream Ever After Voices of Reason The Hidden Language, The Calling Bury Me With a Mandarin, 2018
Click on individual art galleries below.