A closer look at the artwork of Libby Bailey

Libby Bailey’s imaginative paintings are inspired by the world around her, including people, architecture, art and nature. For instance, in Zydeco Zodiac, an 18th-century European maiden in a red, Turkish-style dress adorned with lace, pearls and embroidery, emerges from the center of an Islamic zodiac design. “The brilliant yellow stars, constellations, interlace and calligraphy radiate in varied rhythmic patterns from the girl, who acts as the fulcrum of the wheel of time, space and fortune forever turning,” says Bailey. 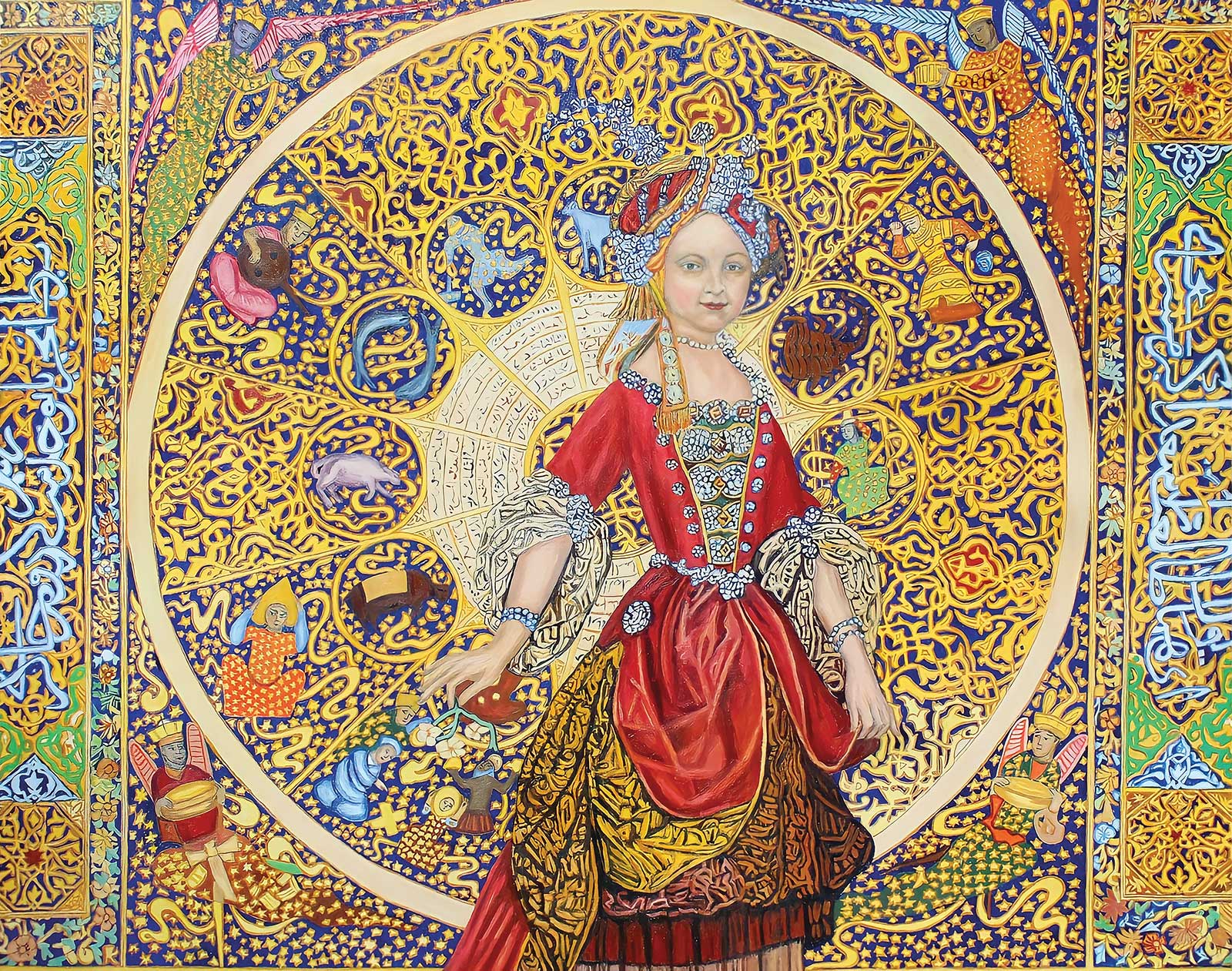 Zydeco Zodiac, oil on canvas, 52 x 72"The Rhine Maidens, Sea Gods and Earthly Virtues is structured with horizontal layers. At the bottom, opera composer Richard Wagner’s characters guard the Rhine gold, representing desire. Above them a band of sea gods, based on French fountain sculpture, form the transition to the upper realm of the earthly virtues, represented in the Renaissance tapestry style. The rich colors contribute to the painting’s pageantry, grandiosity, seriousness and density, reminiscent of an operatic production. 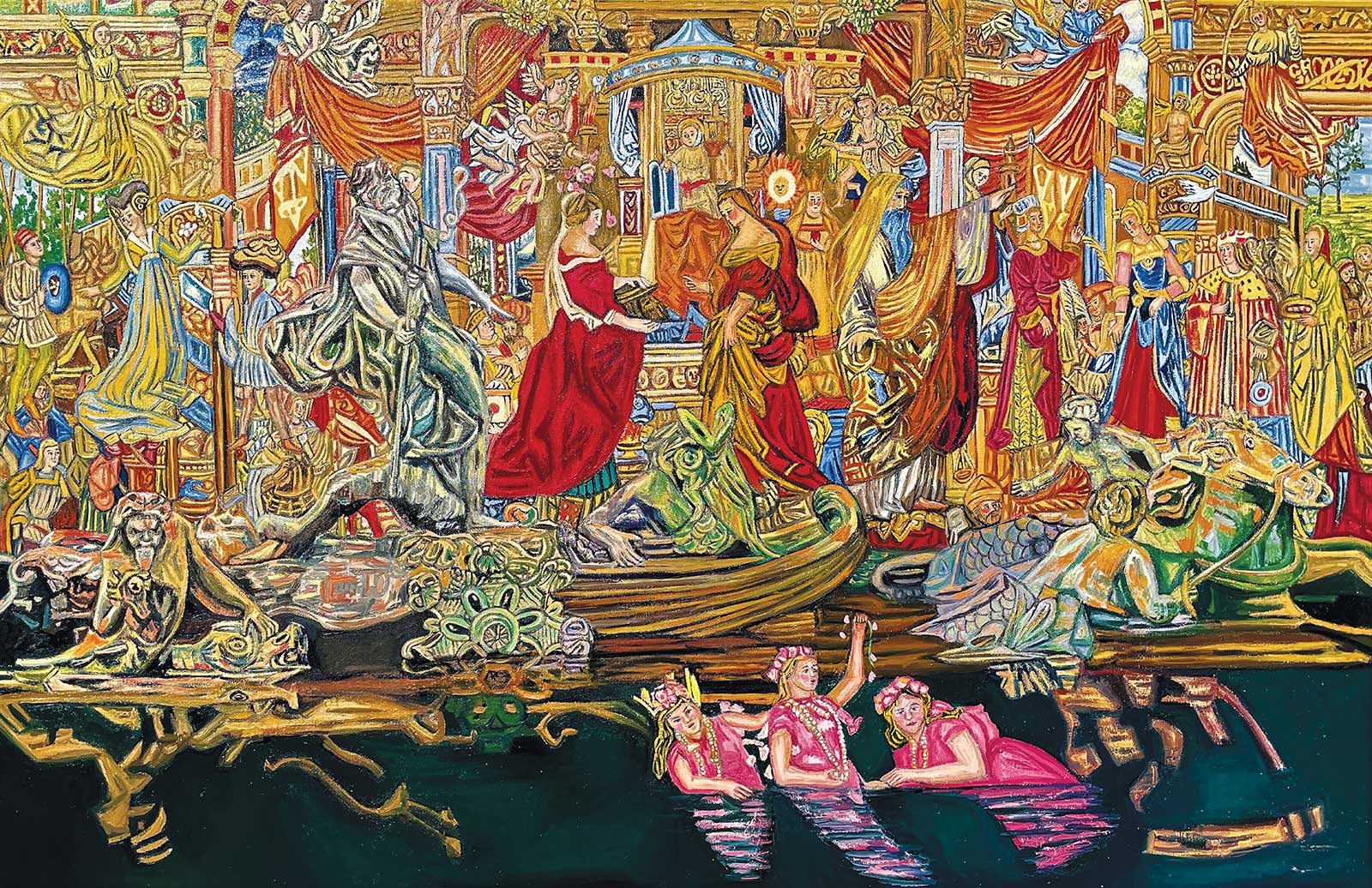 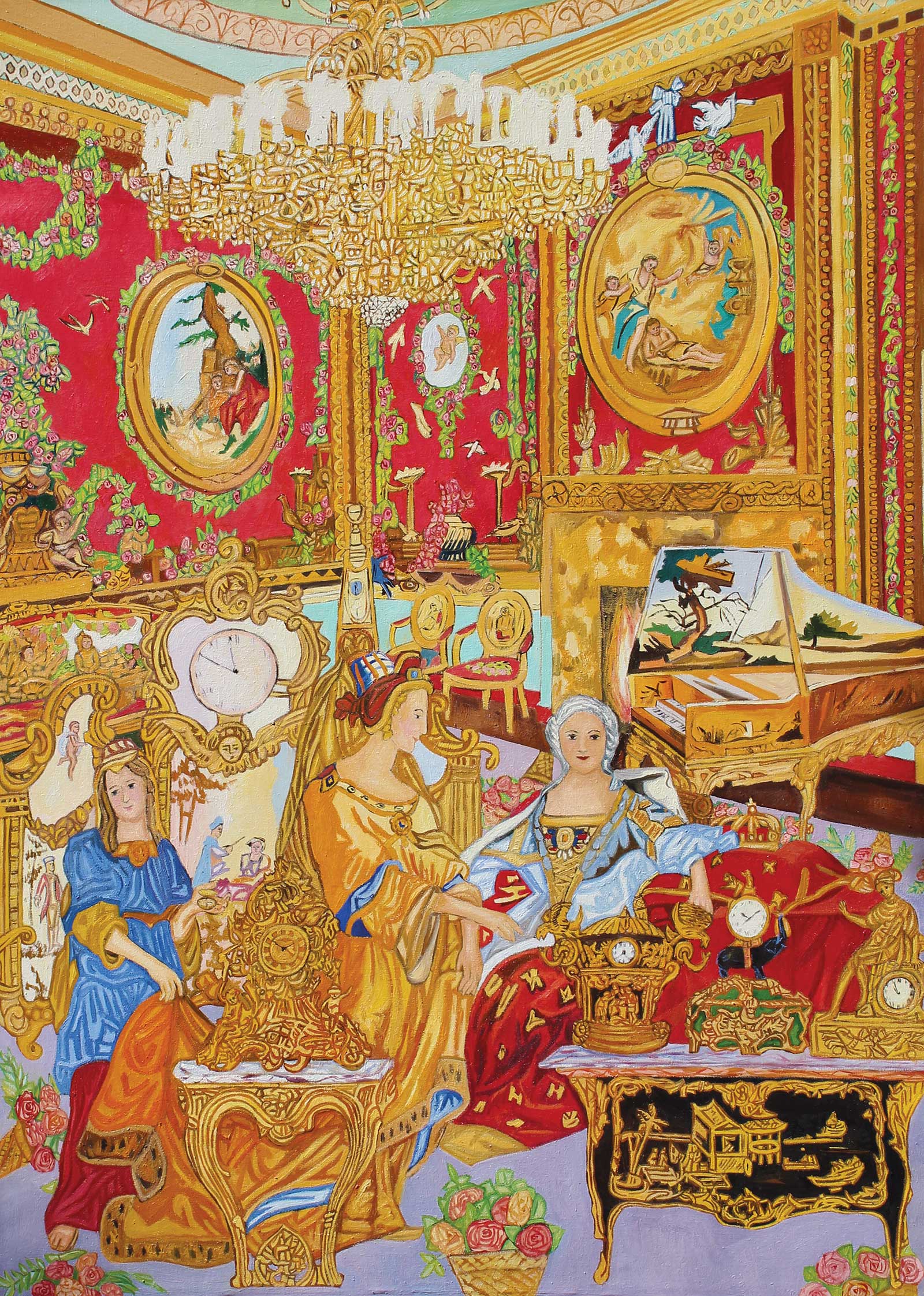 The Selection of the Clocks presents a more frivolous mood, inspired by Rococo ladies, palace interiors and objets d’art. There are curving lines and off-tones of color, suggesting lightheartedness, pleasure and opulence. The aristocrat, seated in a tilted, perspective space, takes her time selecting clocks among those with Greek, Chinese and Indian décor, revealing a taste for the exotic. “The ladies, the clocks and the harpsichord, representing music, suggest that beauty, time and life are ephemeral,” says Bailey. “My technique relies on the careful mixing of colors and application of layers of opaque and oily paint to achieve a living, spiritual quality.” —