A focus on the artwork of Bryson Bost

Bryson Bost aims to make every distance the optimal viewing point. He believes, “whether eyes are inches from the work, or 10 feet away, the experience is one worth revisiting.” Working with tools of permanence, where chance and risk are ever-present elements, Bost creates intricate freehand abstractions. His vision debuted under the guidance of Oakland, California’s Lonnie Lee, owner of Vessel Gallery. Patterns, coupled with intensity, emerged as his signature style. 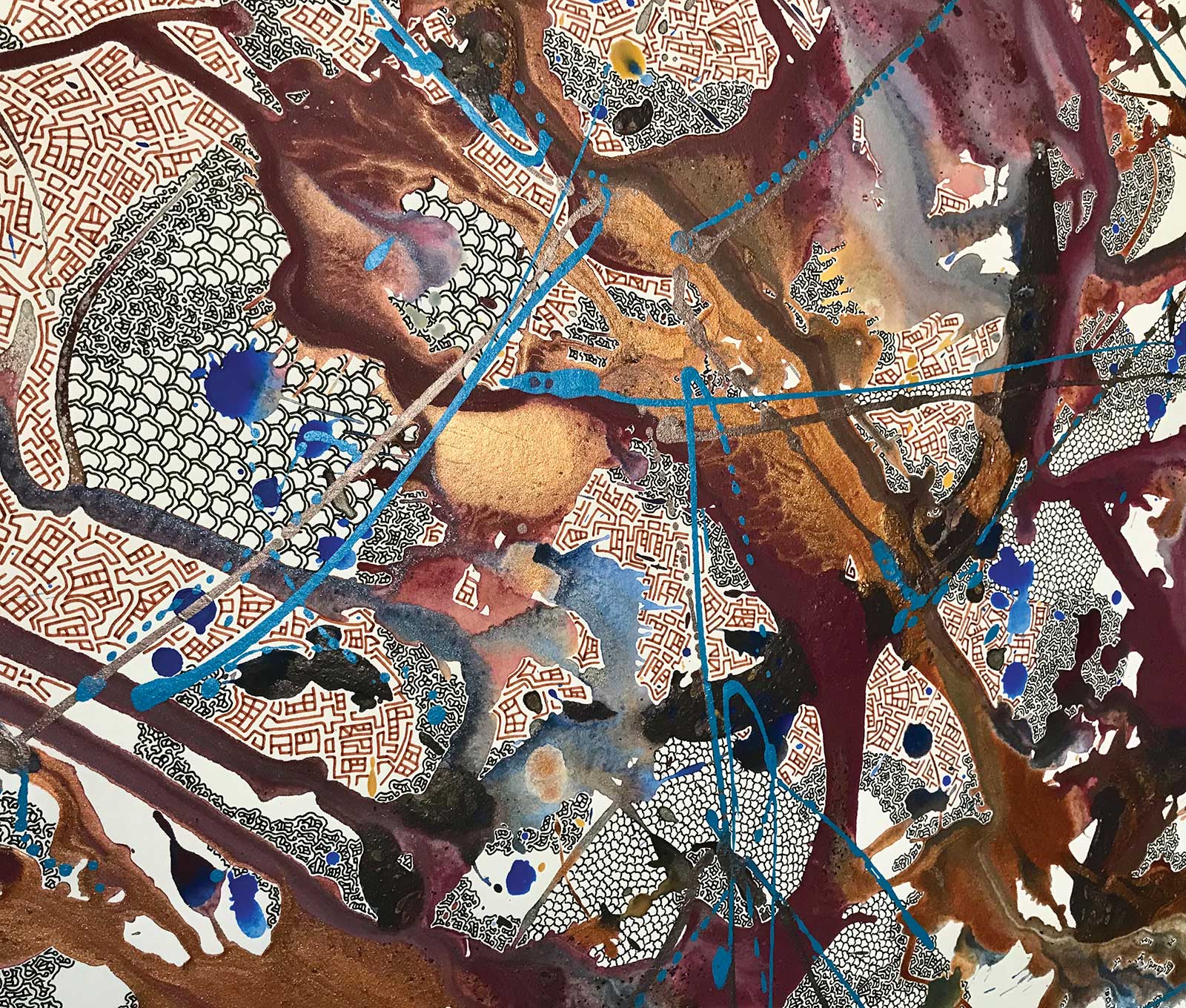 Born in Santa Monica, California, Bost spent his formative years on the Central Coast. Educated at the Instituto Allende in Guanajuato, Mexico, and through focused discipline, assigned himself the necessary 10,000 hours to gain individual expression.

A move, along with footwork and good fortune, solidified the Bay Area as his base. His work has been collected from Hong Kong to New York City. In time, Bost found a niche with collectors of Silicon Valley, and formed a special bond with Cherri Lakey, co-owner and curator of Gallery Anno Domini. Together, they have collaborated on various projects for nearly a decade.

“Bost’s work is a marvel to experience,” says Lakey. “The intricacies on such large scale, all freehand, is nearly beyond human feat yet, he has achieved all the wonders of art in his work. The micro with the macro, the chaos with the harmony, the colors sooth or jolt and the visceral texture captivates us. Each painting is a new world to explore with infinite routes, crevices and treasures revealed as reward for our attention to it.” 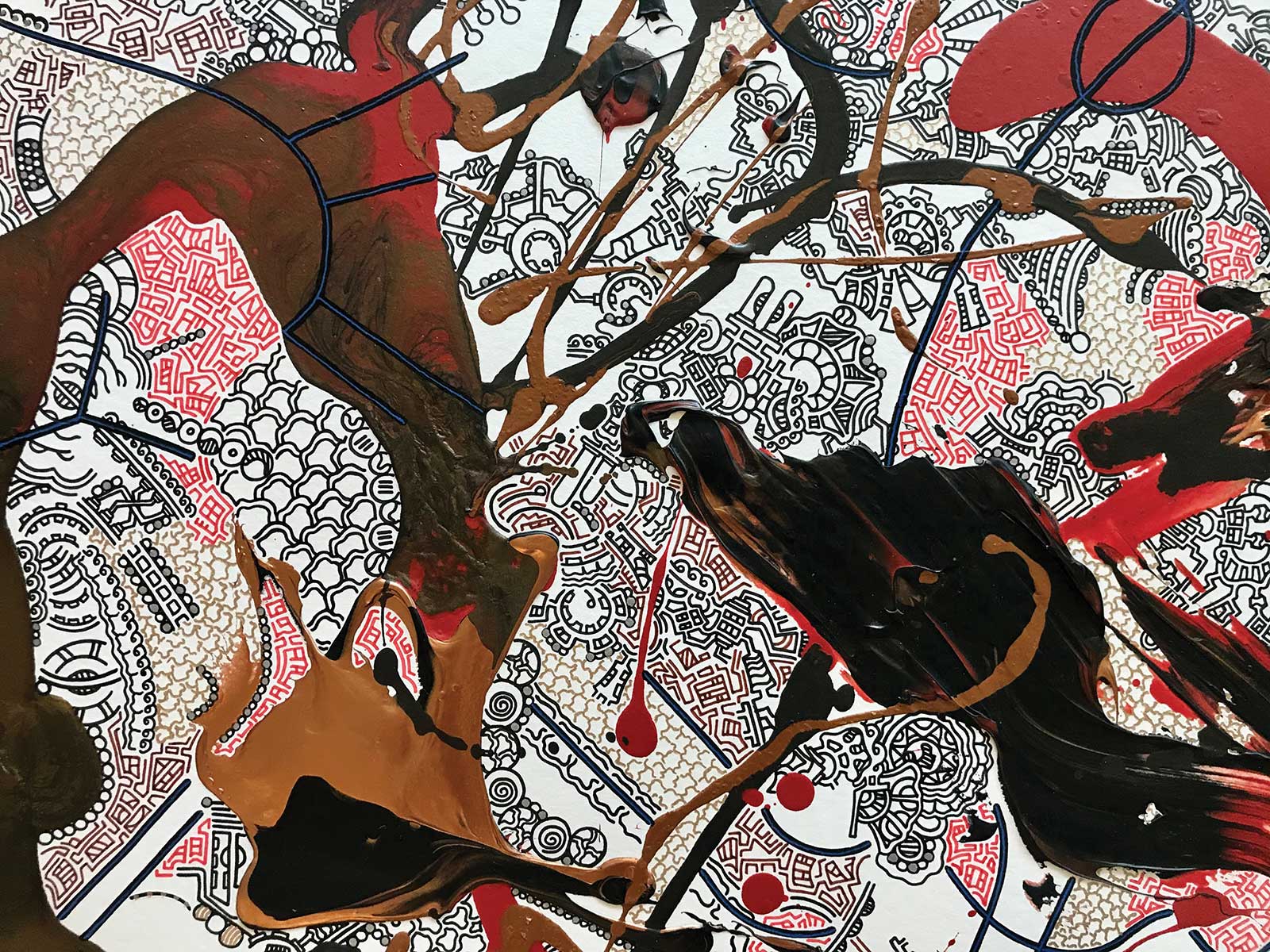 Beyond the coastline, Bost found a home in Art Spirit Gallery, located on the waterfront in Coeur d’Alene, Idaho. Owner Blair Williams says of the artist, “Bost’s work finds balance on the thin line between chaos and intentionality, challenging viewers with the seemingly aimless broad and highly textured strokes of paint, while providing comfort for the eyes in the intricate patterns that wind and weave throughout. This, to me, indicates an artist with a well-developed sense of composition, but who is not afraid to have a little fun working outside of the box. Bost doesn’t color within the lines, he makes them, and when he wishes to, breaks out of them entirely.”

Bost is also grateful to partner with fine interior designers such as Seattle’s Andrew Gath. “You’re only as prolific as the folks who believe in your vision, and in that, I’m fortunate,” Bost says. As an artist, he prides himself in building relationships with collectors, where creation and old-fashion hospitality are equally valued. —