A focus on the artwork of Martha Pettigrew

Artist Martha Pettigrew, formerly an illustrator, has established herself as one of the top sculptors and painters working in contemporary Western art today. Her works have been included in such esteemed exhibitions as Settlers West Galleries’ The Great American West in Tucson, Arizona; Leigh Yawkey Woodson Art Museum’s Birds in Art in Wausau, Wisconsin; and Sculpture in the Park in Loveland, Colorado, among many others. 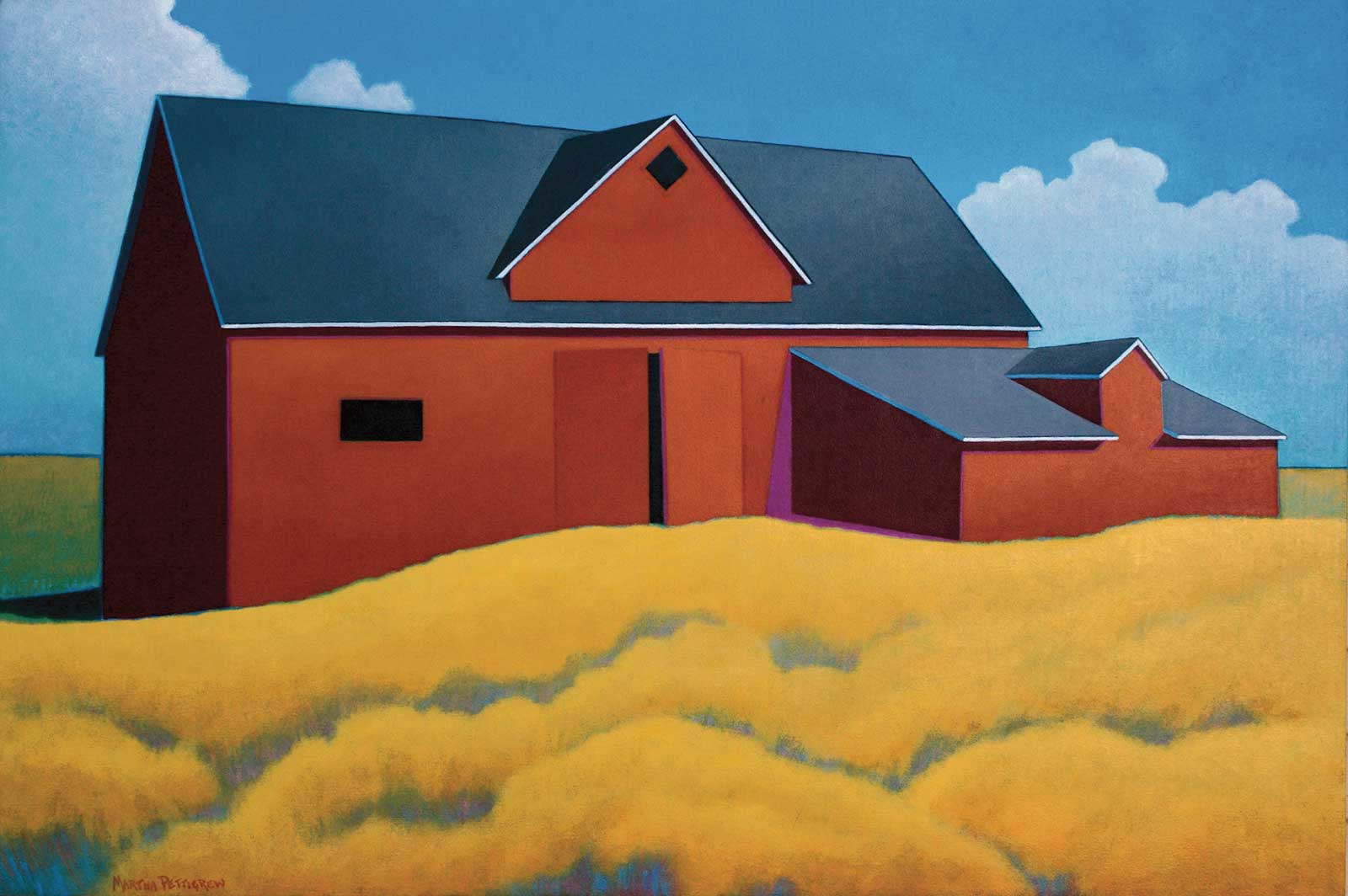 As a lifelong Nebraskan, Pettigrew’s interest in rural architecture began in early childhood when family entertainment was an evening drive in the country. “My dad would point out an old corn crib, the occasional round barn or the block-and-tackle apparatus used to raise loose hay up into the gaping loft of a huge, red, gambrel-roofed structure,” says Pettigrew. The old barns, she explains, were hand-built using mortise-and-tenon joints, pegged into place, and the distinct styles of architecture originated in different parts of Europe. These simple utilitarian structures, made to shelter animals, equipment and hay, were a real source of pride to the farming families. “My paintings emphasize my own interpretation of color, shape and shadow,” she says. 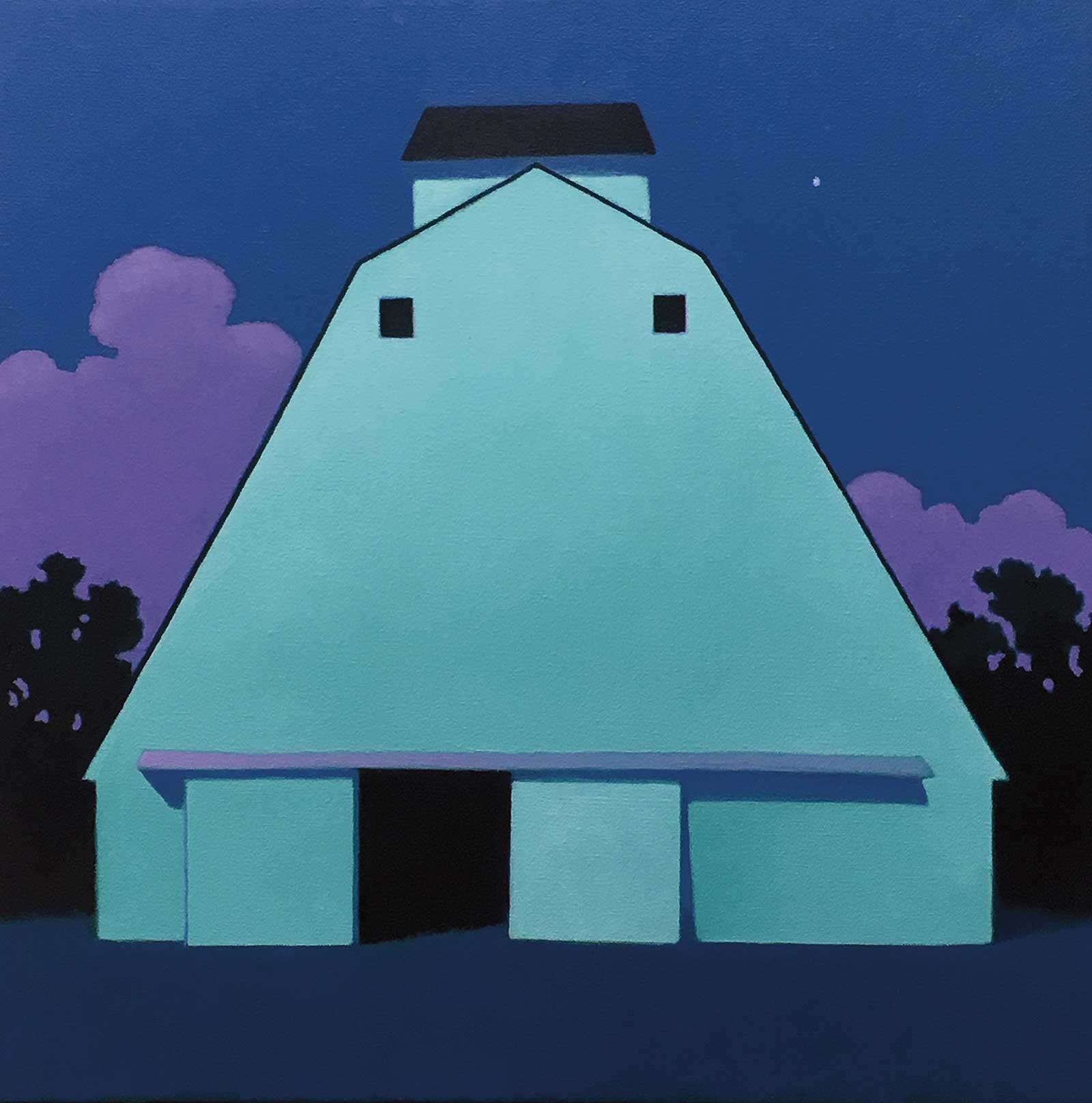 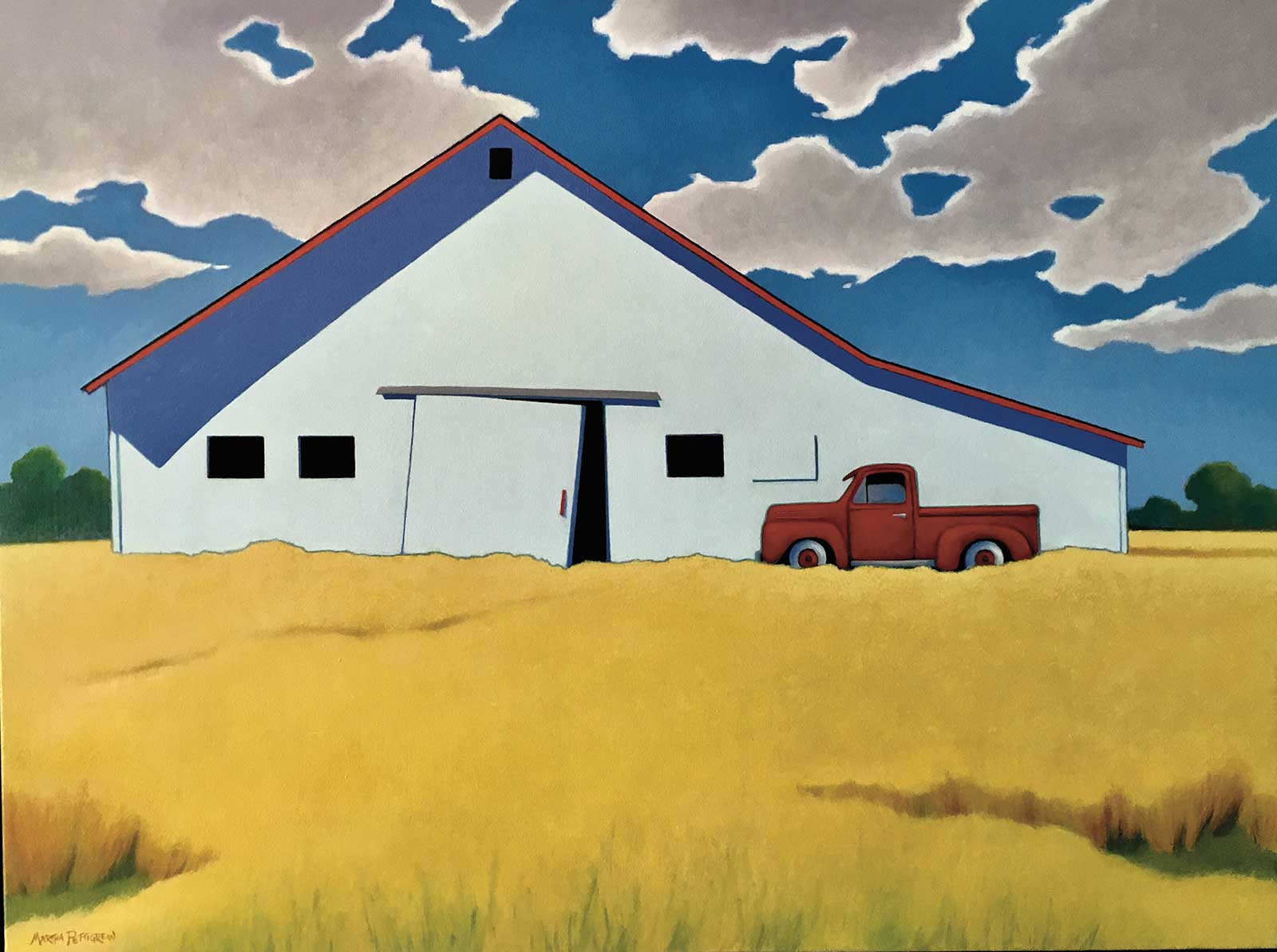 Having graduated from the University of Nebraska, Lincoln with a bachelor’s degree in fine arts, Pettigrew has since gone on to be the recipient of many prestigious awards including Best of Show at the Western Spirit Art Show & Sale at Cheyenne Frontier Days Old West Museum in Wyoming, as well as the George Phippen Memorial Foundation Award at the Phippen Museum’s PhippenWestern Art Show & Sale in Prescott, Arizona, to name a few. —